Congratulations to everyone who completed the ING NYC Marathon last Sunday. Regardless of when you finished, running 26.2 miles is a major feat. And I’m jealous–completely and totally mad at myself for not running this year. But the reality is, I had no choice. Sadly, the last two years I just haven’t been ready. I’ve been dealing with tendonitis in my hip since March 2012. After 8 months of physical therapy and endless hours on a spin bike, only this Spring did I begin to feel strong enough to run short distances. And then my ankles started swelling up (sigh). And this is why: 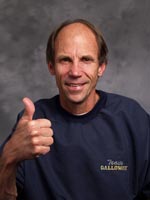 Please note that I have no affiliation with Jeff Galloway. I have never met him. He does not know I exist.

A few years ago, my good friend and fellow runner, Colleen, suggested I  run/walk/run, (AKA The Jeff Galloway Method), for one of the half marathons with which I was signed up. My response: I just laughed and laughed. I think between scoffs, I said something like, “But I’m in great shape, that’s for weaklings.” Well, fast forward  to last spring, and to my complete boredom at running the same three mile route, and I was ready to hear what Mr. Galloway had to say.

The Galloway Method is all about walk breaks. My ratio is 4 minutes of running to 1 minute of walking, but there are other ratios that work for people of varying experience and fitness levels.  Here is an explanation of why walk breaks work, straight from the source:

“By using muscles in different ways from the beginning, your legs keep their bounce as they conserve resources. When a muscle group, such as your calf, is used continuously step by step, it fatigues relatively soon. The weak areas get overused and force you to slow down later or scream at you in pain afterward. By shifting back and forth between walking and running muscles, you distribute the workload among a variety of muscles, increasing your overall performance capacity. For veteran marathoners, this is often the difference between achieving a time goal or not. ” -www.jeffgalloway.com

In October, I ran/walked the Staten Island Half Marathon. I finished in 2:13. Coming off two injuries and not having run a half since 2011, I could not have hoped for a better time. The Galloway Method has also helped me with my regular “maintenance” runs. By running for distance utilizing run/walk, I can now straight-run six miles with no pain.

If you’ve been experiencing any running injuries, or just want to check out a pain free approach to running, you must go to:

PS–The day of the SI Half Marathon, I had to get my act together and attend a wedding. Here I am, crowin’ about it. 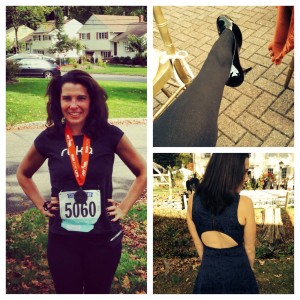